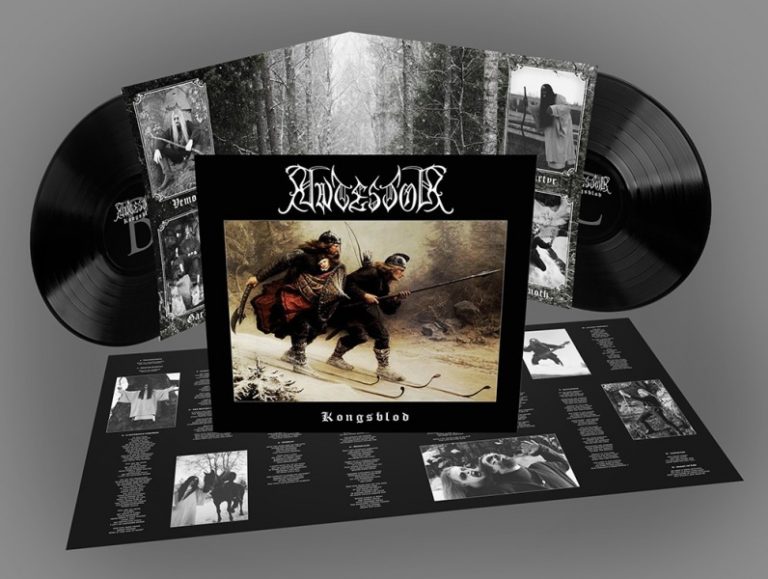 These have a slight corner bend—hence the super sale price!)
Norway’s metal scene in the early 90’s: During a time when other fellow countrymen and extreme metal fans were occupied with burning down churches and other criminal activities, even including murders, a small group of people with a totally different view of life’s destiny and purpose stood up. Even inspired by the musical aspect of their «brothers», the so-called black metal movement, these guys were ahead of their time. Hated by the scene and misunderstood by the church, ANTESTOR rehearsed in the underground surrounded by traditional Norwegian landscape to create a unique and atmospheric sound. Call it black metal if you like. Or «sorrow metal» which is perhaps a better description to the musical as well as the lyrical feeling on «Kongsblod». Recorded in 1997, and distributed as a promo to metal labels around the world which led to some contact with a certain black metal label, that ended up changing lots of vital elements from the original package as it was intended by the group themselves.

But here it is 20 years after; This masterpiece of soulful folk black metal re-released with extensive liner notes, original cover picture, logo, and uncensored lyrics.