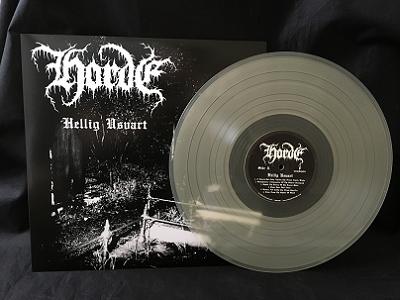 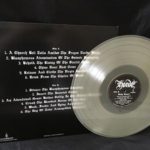 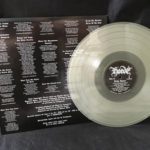 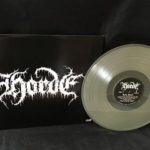 Hellig Usvart – the debut and only studio album recorded by Australian band Horde. Originally released in 1994 by Nuclear Blast, this album created controversy among black metal fans and allegedly saw death threats delivered to Nuclear Blast due to its anti-satanic lyrics. The sole member of the band, Jayson Sherlock, who used the pseudonym Anonymous, is best known as the drummer on the early and classic Mortification albums and later for joining doomsters Paramaecium. Norwegian for “holy unblack”, Hellig Usvart is considered a landmark release, regarded as the first and most groundbreaking Christian (un)black metal album.
Playing all instruments, as well as handling production and mixing, Sherlock created an extreme album similar to early 1990s Norwegian black metal – cold, primitive, lo-fi. With brutal blast beats, furious buzzing guitars, ambient keyboards and intense shrieked vocalist, this is old-school. Raw and grim and having almost reached cult status, this classic is now available on vinyl for the first time ever!
As the 300 black vinyl from 2015 have almost sold out, this 2018 re-press of “Hellig Usvart” is on “milky clear” vinyl housed in a black inner and is limited to only 250 copies!
TRACK LISTING:
Side A
A Church Bell Tolls Amidst The Frozen Nordic Winds
Blasphemous Abomination Of The Satanic Pentagram
Behold, The Rising Of The Scarlet Moon
Thine Hour Hast Come
Release And Clothe The Virgin Sacrifice
Drink From The Chalice Of Blood
Side B
Silence The Blasphemous Chanting
Invert The Inverted Cross
An Abandoned Grave Bathes Softly In The Falling Moonlight
Crush The Bloodied Horns Of The Goat
Weak, Feeble And Dying Anti-Christ
The Day Of Total Armageddon Holocaust