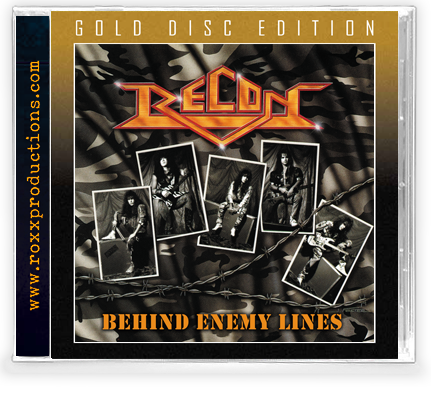 New Gold Disc Edition
Recon has been a much sought after release for Christian Metal fans around the world. Originally the vinyl was only released in Europe on a very limited pressing in 1990, and then Roxx Records did a very limited vinyl reissue in 2015 to celebrate the 25th anniversary. That pressing was limited to only 300 pieces, 100 orange and 200 black. That wasn’t enough as we have heard you all ask for MORE Recon vinyl!

So here you have it the third and final overall chance to get a copy of this classic album on vinyl as we celebrate the 30th anniversary of Behind Enemy Lines. This pressing will be very special and also even more limited then all the other versions of this one. As a part of the Limited Run Vinyl series we will be pressing only 200 copies on a very cool camouflage splatter pressing!

Not enough for you well we will also be giving this one the special Gold CD treatment to Behind Enemy Lines which will also be a one-time pressing of only 500 pieces.