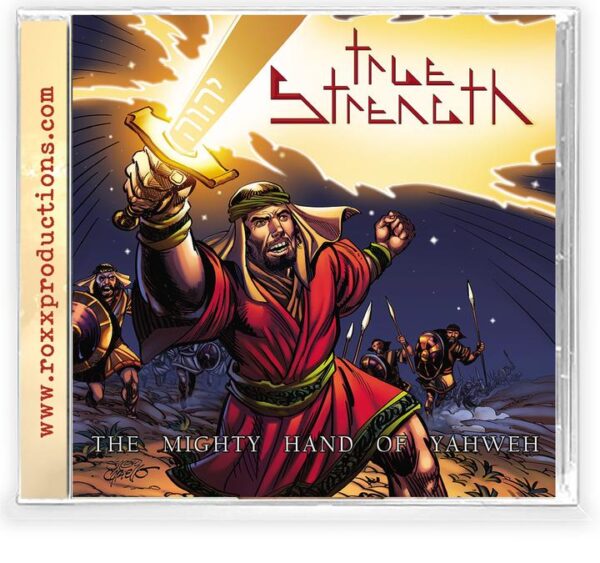 This is a theme-album based entirely on the Old Testament Book of Joshua. The events of the book are covered from beginning to end, as faithful to Scripture as possible. The lyrics for each song derive from actual scripture in the Book of Joshua!

The album features the renowned American power metal vocalist, George Tsalikis of ZANDELLE in addition to songwriter, rhythm guitarist and bass guitarist Ryan “The Archangel” Darnell, newcomers Chris Lee Faulkenberry on drums, lead guitarist Takis Koroneos, and Marco “Mark” Bravi on keyboards. The album was produced and mixed by Joshua DeHaan and the late Walt DeHaan, the former manager of WINGER, who passed away during the production of the album.