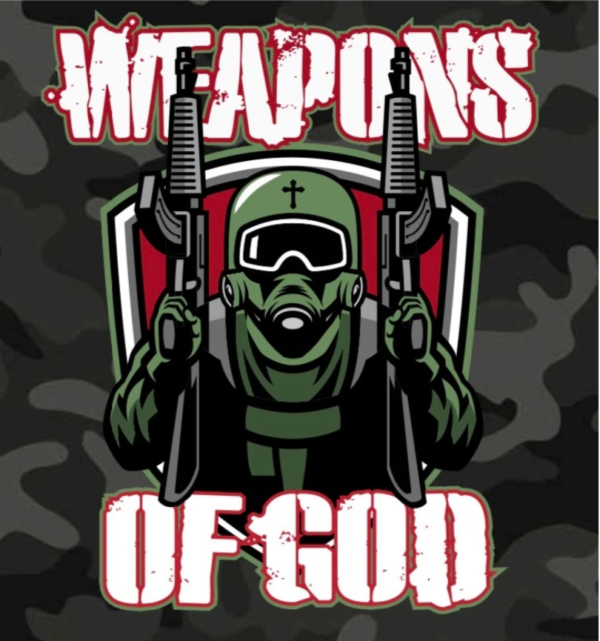 Weapons of God is a four piece outfit that plays what they describe as ‘Positive Metal’ as they deliver the word of God to the masses. The band was formed in 2014 and completed their first demo in 2015. The band members bring a diverse background, each with over 25 years experience. To describe their musical stylings we would say it is evident when you look at their influences to see just where they draw from, with bands like: Kiss, Stryper, Iron Maiden, Black Sabbath and Evergrey.

The band debuted publicly on October 10, 2016 in Lebanon, OH at the Cornerstone Church of God where they played the opening slot for another Roxx Records recording artist, BioGenesis. Since then the band was focused on writing and recording their debut full length album and after nearly two years of writing and recording the finished product is upon us and we are excited to be bringing you the debut self-titled album from Weapons of God which also happens to have been produced by Luke Nealeigh from BioGenesis.

The debut 10 track album will be released on July 26, 2019 just in time for the band to share with the world when they open up for Decyfer Down on July 27th at the Chains Unchained Festival in Aurora, Missouri.