We play Holy Unblack Metal. We released a demo tape in 1999 and a CD [EP] in 2001, entitled “Post Tenebras Lux”. In 2003, we recorded “Dogs of Antichrist” as a split-CD with Sabbatariam, a Christian Death Metal band from Brazil. After a long absence, we came back in 2012 with a new CD [EP], “The Valley of Decision”, which included a cover from Australian Christian Extreme Metal band Mortification as a bonus track.

Later that same year, DEMONICIDUTH began to function as a collaboration between founding member TAANAK from Switzerland and LORD EKKLEKTUS & SIR KRINO from Ecuador (also playing with Unblack Metal act GOLGOTA). Together, they played various gigs in Ecuador. During 2015, the band recorded new songs for their upcoming album, ENEMY OF SATAN. Our band’s name derives from the word ‘demonicide’, which means “killing demons” and was inspired from Mark 16:17-18. We unashamedly identify ourselves as Bible-believing Christians with a missionary purpose.

We believe that the Bible is The Word of God, totally infallible and inerrant. In this regard, we thus believe in the efficacy of The Scriptures to reach unsaved people and change their hearts (2 Tim. 3:16). As a result, our lyrics are clear-cut and wish to persuade the listener that the Bible is trustworthy and JESUS truly The Son of God and mankind’s Redeemer. 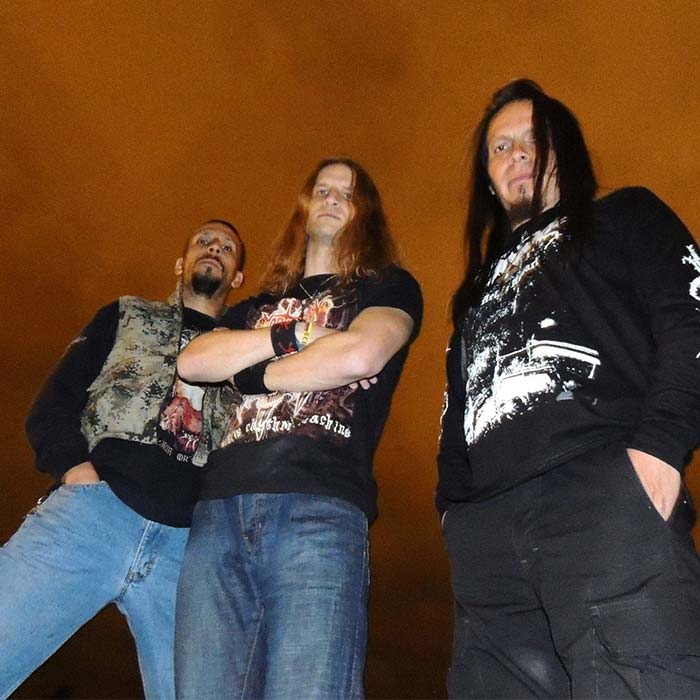