Eyes Of The Defiled

Eyes of the Defiled is deathcore from Crisfield, Maryland.

EOTD formed in 2010 with the lineup of Guitarist David Tyler, Drummer Cody Bradshaw and Bassist Daric Evans. They hired on Vocalist Jordan Hughes and released their debut EP, titled “UNDERNEATH THE FLESH”.

Martin Padilla took Hughes place for the next EP, titled “DERIVED FROM MISERY”, which released independently in 2012.

Padilla departed from the band, but instead of being replaced by a single vocalist, the band hired on two of them. Chris “Sully” Rowe and Brad Kraus took over vocals, recording on their debut album, “ENSLAVED IN EXILE”. The album was promoted by their promotion label, Pure Deathcore.

David Tyler departed from the band after the release of their debut. In 2016, the band released their second full-length album, “DISTANT TELLINGS“, their debut on a label. Bradshaw took over guitar duties for the album, until they could find a suitable replacement.

Eyes of the Defiled bring heavy, passionate, and brutal deathcore to their scene in Maryland. 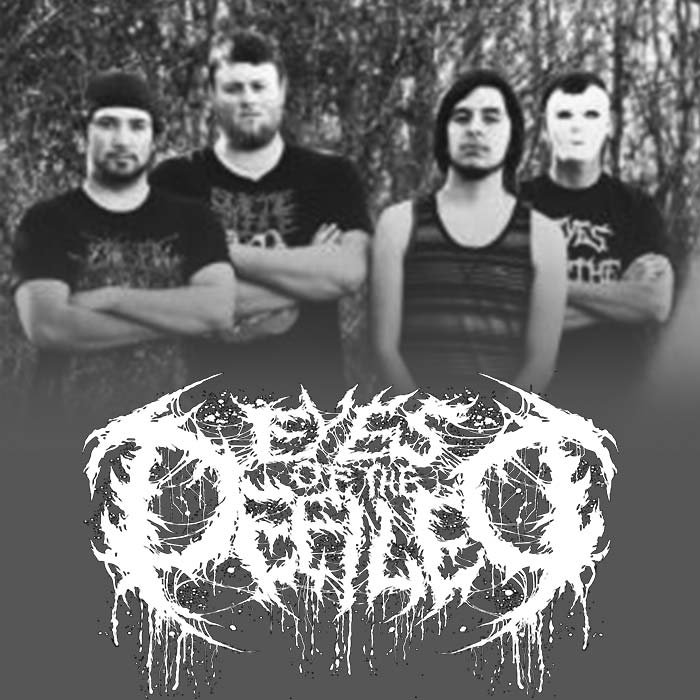 LISTEN TO EYE OF THE DEFILED