Hating Evil formed in Brazil in 2008.

Stalleiken departed from the band a year later, being replaced by Luis “Rato” Fernando. The band recorded a demo of their practice session and released it in 2010.

2011 saw several lineup changes. Fernandes and Fernado both departed, being replaced by Eduardo Crestan and, a year later, Messi. Messi stayed for only a few months before departing.

Fernando Crestan joined the band in 2014, as the band’s bassist. “ROTTEN INSIDE” was released the same year, but only featuring Machado and Souza on the EP.

Fernando Crestan and Machado departed from the band in 2017, forcing Eduardo to take up the role of vocals and guitars, while adding on Rafael Galdino to guitars and Felipo Blanc to bass.

Hating Evil is bringing brutal thrash metal to Brazil, representing their influences such as Vengeance Rising. 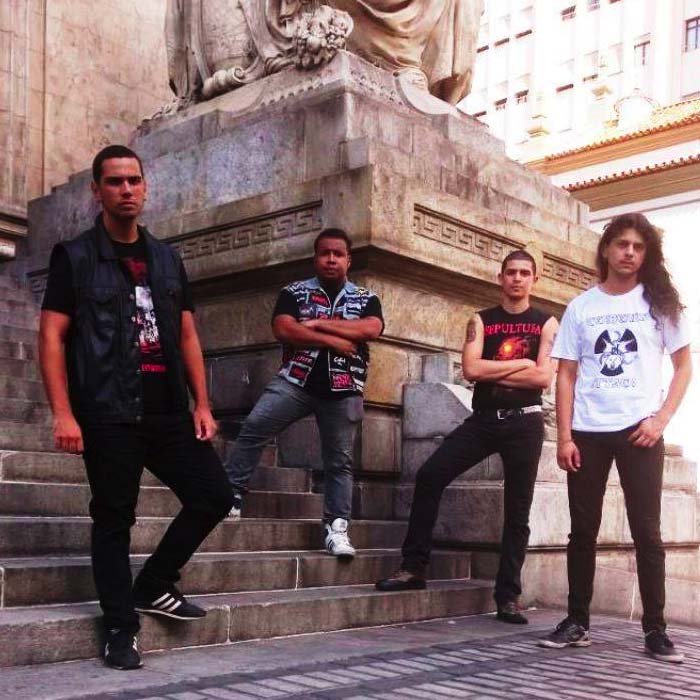