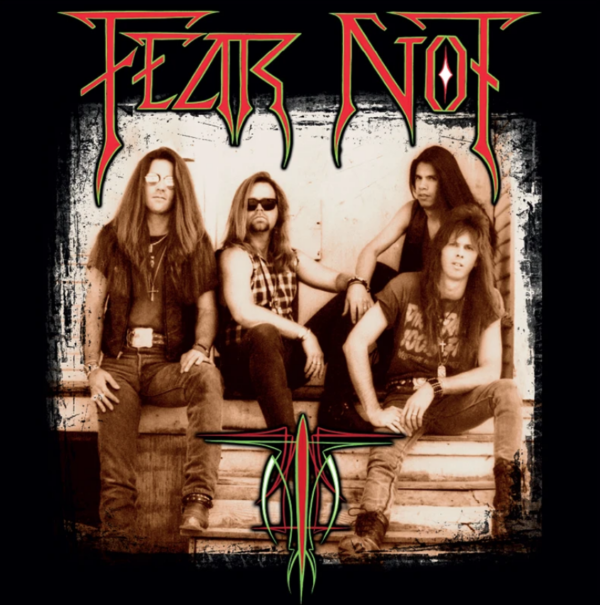 CD EDITION
LIMITED TO ONLY 500 COPIES

Roxx Records released this Limited Edition reissue of the much sought after debut release from US rockers FEAR NOT! Completely remastered by Rob Colwell of Bombworks Sound with new artwork and liner notes designed by Scott Waters of No Life Til Metal Graphics.

That’s right one of the long, lost out of print titles that has never seen a proper reissue, original CD copies are very scarce to find these days, if you can find one at all!

There were 500 copies pressed on limited edition CD featuring all 10 original tracks and 2 brand new previously unreleased tracks on CD! Packaged in a jewel case with a beautiful 8 page booklet with lyrics and a special interview with Larry Worley, lead vocalist of Fear Not.