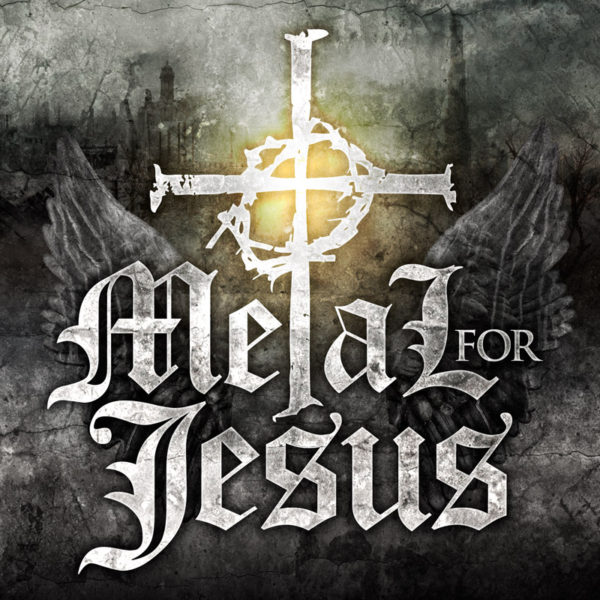 6 in stock (can be backordered)

The album is filled with bonecrushing world class Metal tunes with very strong Christ centered lyrics featuring some of the very best tracks with the bands Narnia, Golden Resurrection, Audiovision, Divinefire and Modest Attraction. There are so many great songs and bands in Christian Metal waiting for you to check out and this album is a collection of some of the best! So if you want to check out great Christian Metal this album is a good way to start exploring this genre. You will be pleasantly surprised by all great Christian Metal bands there are!

The Metal For Jesus album is a cooperation between me and Christian Liljegren (Liljegren Records, Narnia, Golden Resurrection) and we are really excited to let you know about it! We have really felt God’s guidance and presence when making this album and we pray and believe that you will be blessed and inspired by it as well.

This is not just an album – it is a BOLD proclamation for the kingdom of God in the Metal World! We feel that in this crazy world we live in it is definately time to stand strong and get bold for what we Christians believe in and take a stand for JESUS in the Metal World! If you are not a Christian I however totally respect you no matter what you believe, but to me as Christian it is important to show what the Christian message is all about. To show people that real Christian faith is not about religion and boring rules but about having a real living relationship with Jesus! By becoming a Christian you get to know God and He becomes your best friend. God is not angry on you but He truly loves you and has a great plan for your life, no matter if you screwed it up! He cares for you and showed it when He sent Son Jesus to die innocent on the cross for your sins! That’s how valuable you are to God.

All tracks have been remastered to give you the best possible sound quality.

Here is some more information about the featured bands:

NARNIA
Melodic metal band who has released 6 studio album, 1 live album and 1 live DVD with good success and topped metal charts in magazines. The band have been touring with Ronnie James Dio, Statovarius, Sonata Arctica to name a few. One of the most loved Christian Metal bands around.

AUDIOVISION
This was from the beginning a solo project by Christian Liljegren who invited lots of guests on the first album “The Calling” featuring members from Kiss, Whitesnake, Europe and Yngwie Malmsteen´s Rising Force. In 2009 Audiovision became a touring band featuring members from Narnia, Veni Domine, Modest Attraction and Grand Stand. They released their 2nd album Focus which received good feedback. Audiovision were also touring together with Stryper in Sweden and Germany 2010.

DIVINEFIRE
This metal band was creating a metal style where they blended melodic metal with extreme metal elements in an unique combination. The band has released 5 studio albums and topped metal charts in metal magazines. They also did a successful tour in Japan. Metal lovers around the world love their fast and heavy symphonic metal with harder elements.

GOLDEN RESURRECTION
This neoclassical power metal band formed by Christian Liljegren (Narnia) and Tommy ReinXeed vocalist and guitar shredder from power metal band ReinXeed. Golden Resurrection have released 3 studio albums and their latest one “One Voice For The Kingdom” has received great feedback in metal media and been touring in Sweden, Norway, Finland & Germany.

MODEST ATTRACTION
This band existed between 1991-1997 playing 70´s influenced hardrock like Deep Purple, Rainbow, The Sweet & Uriah Heep and they also played together with Uriah Heep and Glenn Hughes (Deep Purple, Black Sabbath) and did several tours in Europe. The band will do a special show October 26, 2013 in Sweden with the original line-up. The band released 2 studio albums and 1 mini album.

Lots of prayer have been going into this album to make sure that the right tracks were chosen and right comments written so that it should be everything God wanted it to be. We want Jesus to be glorified and we dedicate this album to Him! Focus on the album is totally on God and what Christian faith is all about. Booklet contains salvation prayer and comments by me where I explain the lyrics and talk about God’s mercy, why Jesus is the only way to God, second coming of Jesus, prayer and how to get to know Jesus and overall what true Christian faith is all about.

To sum it up The Metal For Jesus album is a perfect gift to your friend to let him/her know about Christ and introduce them to quality Christian Metal.