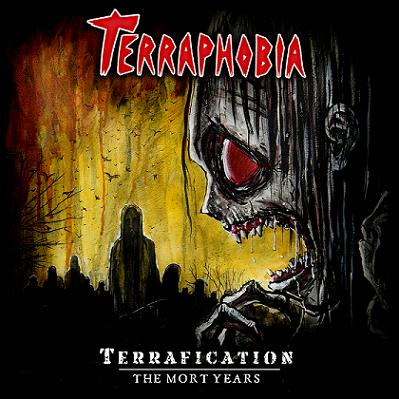 1 in stock (can be backordered)

A special 7th anniversary to an album recorded completely by one man – one man who was a driving force in one of Australia’s most historic death metal bands Mortification for many years before venturing on his own to create this true thrash/death metal masterpiece – the man Mick Jelinic and the band is his very own side project Terraphobia. While Terrahobia can date back all the way to 1985, it was not until 2011 that this full-length album EVILUTION would be released, which makes it 7 years old this year. Released to critical acclaim, this album featured every instrument actually being played and recorded by Mick himself and he created a masterpiece in the process! The limited edition CD contains 3 additional exclusive bonus tracks! Packaged in a 2-panel cardboard sleeve and completely remastered by Rob Colwell of Bombworks Sound this package will not disappoint! With artwork, layout and design being handled by Scott Waters from No Life Til Metal Graphics and Design. So join us as we celebrate this very special 7th Anniversary of a classic thrash and death metal masterpiece and rediscover this amazing piece of Christian metal history.” -Roxx Records
TRACK LISTING:
Evilution
False Prophet
Soldiers Of The New Millennium
Fallen Hero
Hell On Earth
Golgotha
The Unforgotten
Doctor Death
Meanhouse Effect
Phase 6
Bonus Tracks
Disposable Society (1997)
The Unforgotten (1997)
Forgive And Regret (2001)