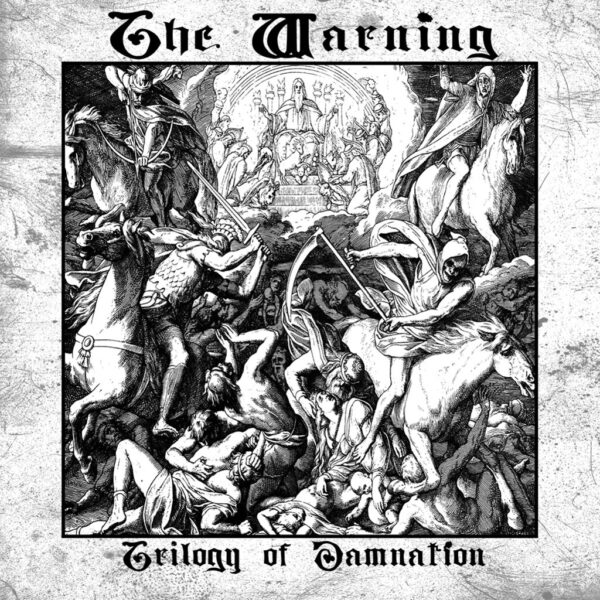 The Warning – Trilogy of Damnation (The History) 2 Disc (CD)

Formed in 1985 when Burrito would meet Tracy G after a performance of Tracy’s band ‘Swift Kick’ the two formed a life-long friendship and have worked together on many projects ever since. For this release we are going to focus on ‘The Warning’ Years.

The Warning would release their first demo in 1986 entitled ‘Repent or Die!’ with a straight up punk metal influence for fans of bands like D.R.I. , Martyr or The Crucified straight up in your face punk/speed metal crossover.

All of the original artwork from these 3 demo tapes had a very old school homemade DIY look featuring some VERY controversial themes. And while the music from The Warning had a very Christ centered message featuring bold and in your face lyrics and music, it is also definitely not for the faint of heart. As such we will be issuing this title with a true Warning (no pun intended) for young listeners in an effort to warn and not offend the masses.

Get ready for the reissue and compilation of one of the most seminal confrontational underground crossover releases in Christian punk and metal history as we bring you ‘Trilogy of Damnation’ The History of The Warning.

Trilogy of Damnation features brand new cover art and lay out created by the one and only Scott Waters of No Life Til Metal Graphics as well as an amazing new remaster from Rob Colwell of Bombworks sound.

Packaged in a jewel case edition with an 8 page booklet documenting the original cassette demos and their original artwork in a true underground fashion and printed on an unfinished card stock to give this release a true old school look and appeal. This release will be a true and very limited collectible and limited to only 300 copies.

This package only will receive the special bonus disc featuring 12 tracks from Moral Majority (LIVE) that’s right the very first band PRE The Warning featuring Burrito. Moral Majority is a very rare and very raw never before released piece of Christian music history. Also ending with a never released interview featuring Buritto. This will be limited to only 100 copies so act fast on this one you true Christian Metal collectors out there because these will go fast!