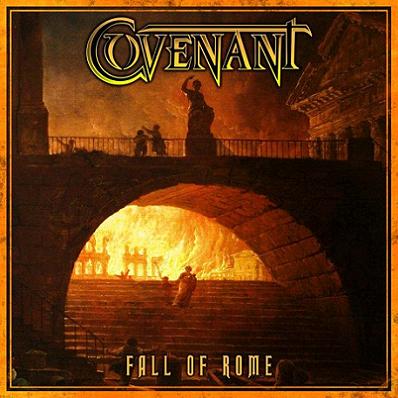 Covenant were a South Australian traditional heavy/power metal band from the early 90’s. Within the local scene, the band received a good response to their tight and professional live performances and original sound. In 1993, they released their one and only demo cassette which, before now, has never been available on CD. Although just a demo, their time in Mixmasters’ 24-track studio produced a polished recording that faithfully captured the Covenant sound and sold out quickly.
Unfortunately the band would never record again as the melodic style tended to be overlooked with the era of extreme metal reaching its peak. Vocalist Wayne currently fronts the dynamic Sonic Divide who recently supported Stryper. Bassist Graham appeared on the Virgin Black demo and went on to engineer, record and tour extensively with Virgin Black for the Requiem Trilogy.
If you dig the late 80’s/early 90’s sound and vocal style of bands like Neon Cross, Riot, Armageddon, Hero and Malachia, then you owe it to yourself to check out Covenant.
NOW SHIPPING!
“Fall Of Rome proves consistent in revealing five solid albeit varying songs I find to hold up under repeat play… I am grateful Soundmass unearthed what amounts a long lost gem.” -Angelic Warlord
TRACK LISTING:
Killing Time
Bleeding On The Inside
Fall Of Rome
Same Tomorrow
Someone Out There