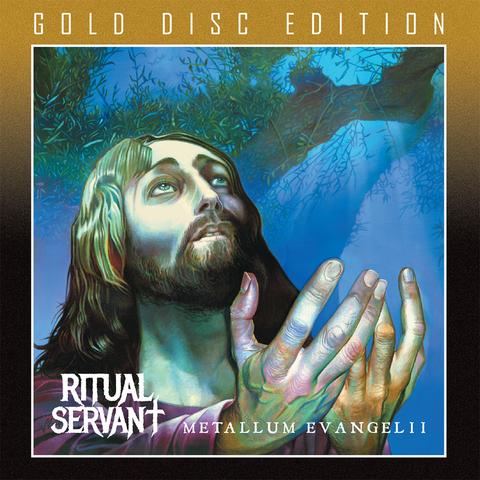 Roxx Records is ready to bring you the seminal gold disc edition of one of the finest Christian thrash bands around today. This bands debut album was very well received and comparisons immediately came to surface saying this band was equivalent to a modern day Slayer or early Metallica, which is right where this band fits in.

In 2019 we released this bands debut album and it has been sold out for quite a while now with many requests coming to us weekly, so without further ado we bring you the second expanded, Gold Disc edition of Metallum Evangelii by Ritual Servant

We couldn’t just bring you the same album again, so we turned it up a notch or two! This excellent new limited edition version will feature an exclusive bonus track entitled ‘Into The Swine’ which also adds special guest Robert Gutierrez (Ultimatum) on guitar and additionally introduces the brand new addition to the band Ryan Roebuck (Motivik) who will be joining the band on a permanent basis.

This limited edition will be a one-time pressing on audiophile gold disc format. Complete with an expanded 12 page booklet with full lyrics, scriptures and liner notes as well as a reversible cover featuring the beautiful cover painting by Noel Puente. Limited to only 300 copies.

And if you love Ritual Servant stay tuned as we are preparing another very special announcement about the bands next project coming your way later this year.