Imperial Dusk, black metal from Brazil, has been around for a long time. The band’s lineup, all from the band Dark Night, consists of Bassist Mortem, Drummer Aeternal, and Vocalist/Guitarist Nocturnus. The band released their debut album, “BLACK PRIEST OF SATANIC BLOOD RITUALS” in 2007.

In August 2008, Imperial Dusk released “THE BOOK OF MORBID TALES FROM A DARKENED PAST“, independently. “LONG LIVE THE KING OF WINTER & THUNDER LORD” came out only months later. In 2010, “THE WAY OF THE VIKING” came out, which marked their last album released independently before signing with Extreme Records.

“SATANIC EMPEROR” was released in May 2011 via Extreme. The band left Extreme’s roster to join Sanctus Galdius Records, a label based out of the US. “RIDERS OF VIKINGS” came out in 2012. 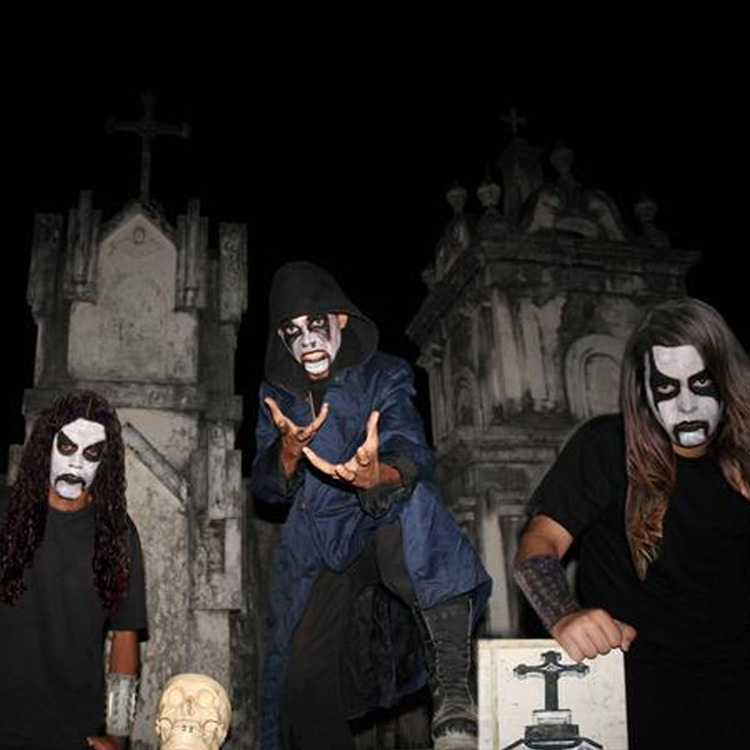